Highland Dancing in the 20th Century 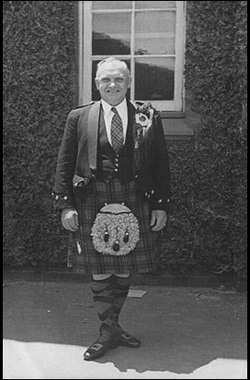 Early in the century the number of teachers conducting schools of Highland Dancing grew in all States and Territories of Australia. This was due not only to the migration policy of Australia at the time, but also due to the genuine love of this discipline by those who had previously participated in this country as competitors.

Due to the vastness of the country and difficulty in regard to transport and costs involved, it was rarely possible for dancers to compete out with their area of domiciliation. Teachers and judges held no particular Highland Dance qualification only a love of the dance. There were many differing steps, styles and costume during this era. Each State and Territory of Australia had its own particular style and each State and Territory believed that it was correct.

Interest in Highland Dancing had increased and the teaching was widespread in the cities as well as the country areas. Competitions were held by the Highland Games Organisers, Scottish Societies, within the dance section of Eisteddfods, and at Agricultural Shows particularly in country areas.

Information regarding Highland Dancing technique was mainly by “word of mouth” in Australia before the formation of the Australian Board of Highland Dancing. As a result, the experienced dancer became aware of the style wanted by a particular judge and tried to adjust the style and steps to accommodate the “pint of view” of that particular judge. Original dances began to be lost with the embellishments that were exaggerated and overdone.

With the end of World War 2 there was a great resurgence of interest in Highland Dancing, not only by Australians themselves but also by the Scots migrating to Australia. It became obvious that unrest in technique and judging was prevalent in most States and Territories of Australia with a strong desire for uniformity. We were indeed most fortunate that the same desire for uniformity was also evident about the same time in Scotland itself, which resulted in the formation of the Scottish Official Board of Highland Dancing in 1950.

Mr Cousins was born in Scotland in the mid 1880’s. He was a successful Highland Dancer in Scotland following the various Highland Games in his days as a young man. Having migrated with his parents and brothers to Australia prior to the First World War he resided firstly in Victoria and later in Sydney. His love of Highland Dancing was always with him. He was well known and respected Judge of Highland Dancing in New South Wales.